BLOG SERIES: Inside the Shadows 1 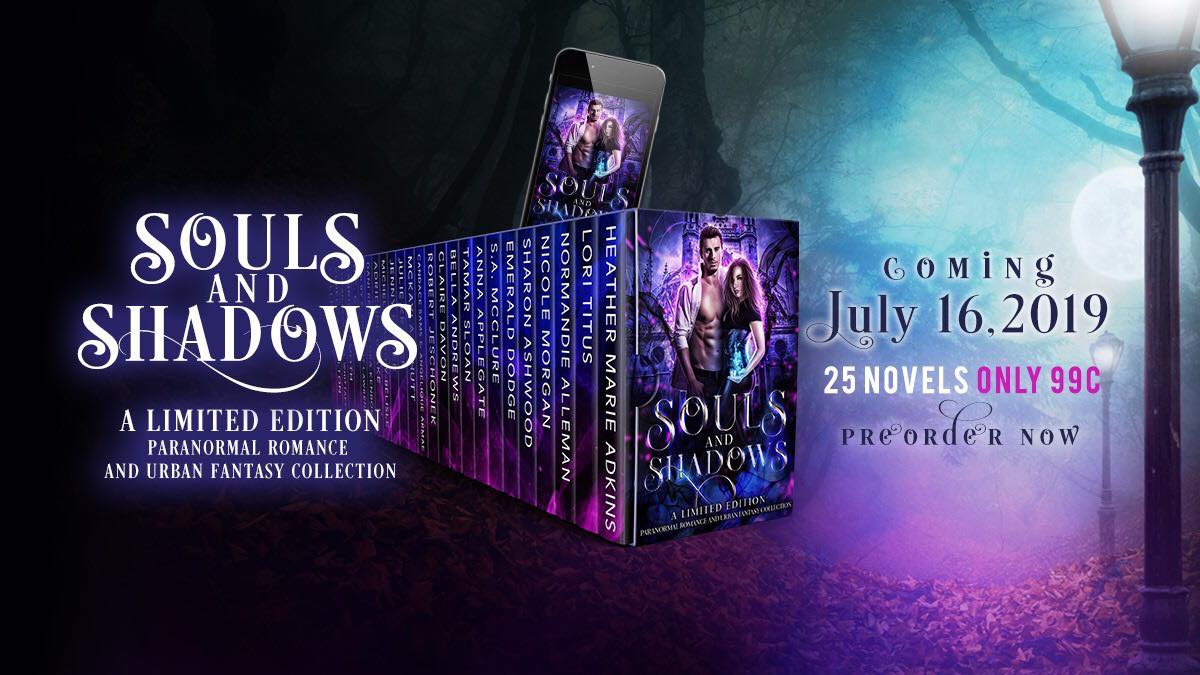 I am excited to announce over the next few weeks, I’ll be bringing you a series of excerpts from books you’ll find exclusively in Souls and Shadows which is now available for preorder. Grab your copy today!

An excerpt from Adrienne Blake’s The Necromancers Curse 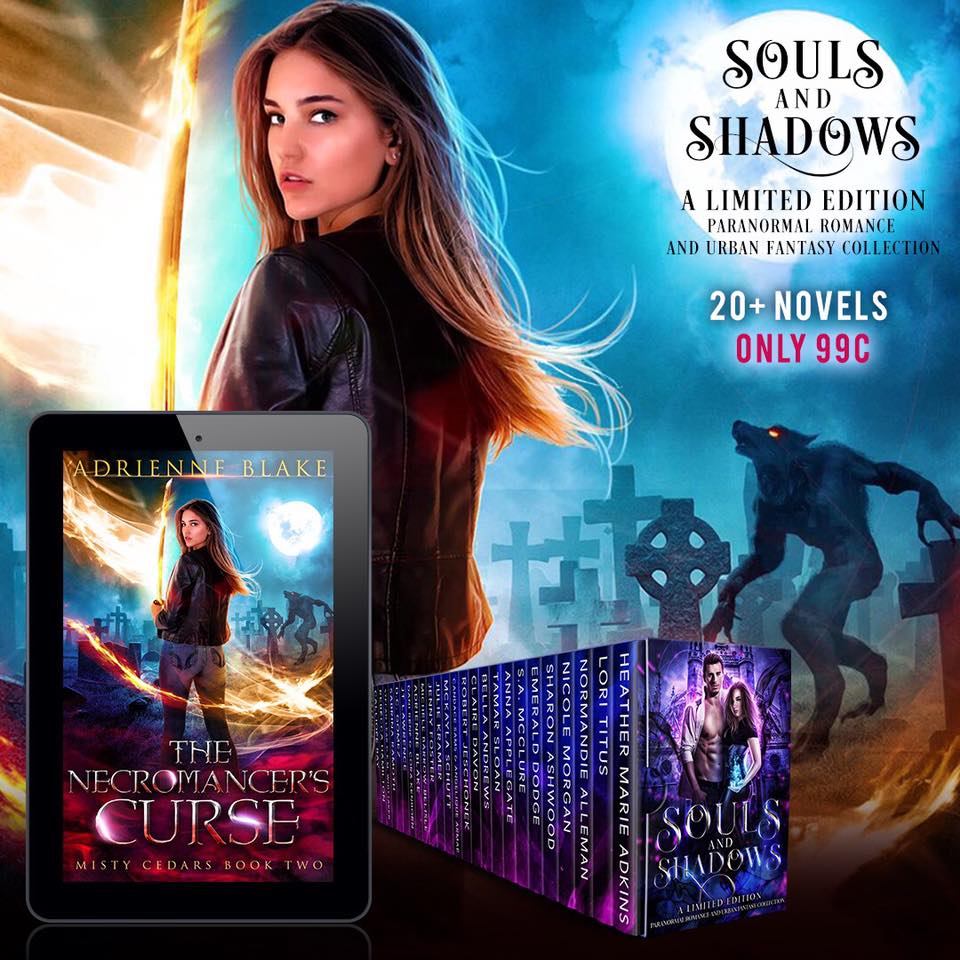 Out there is a tome that could save her. Or destroy her.

The fierce, yellow eyes of the attacking wolf locked onto mine. He hesitated for the briefest moment, and then I knew—he was ready to end this.
The great beast finally released me, confident in his prize. He paused to take his time. Circling, he watched as I writhed on the ground, yellow eyes narrow and calculating as he reviewed his prey and the damage he’d caused.
He pounced, and my howl formed at last, only to be put out like a kicked bitch as my assailant’s jaws locked onto my throat.

An excerpt from Julie Kramer’s of Curses and Scandals 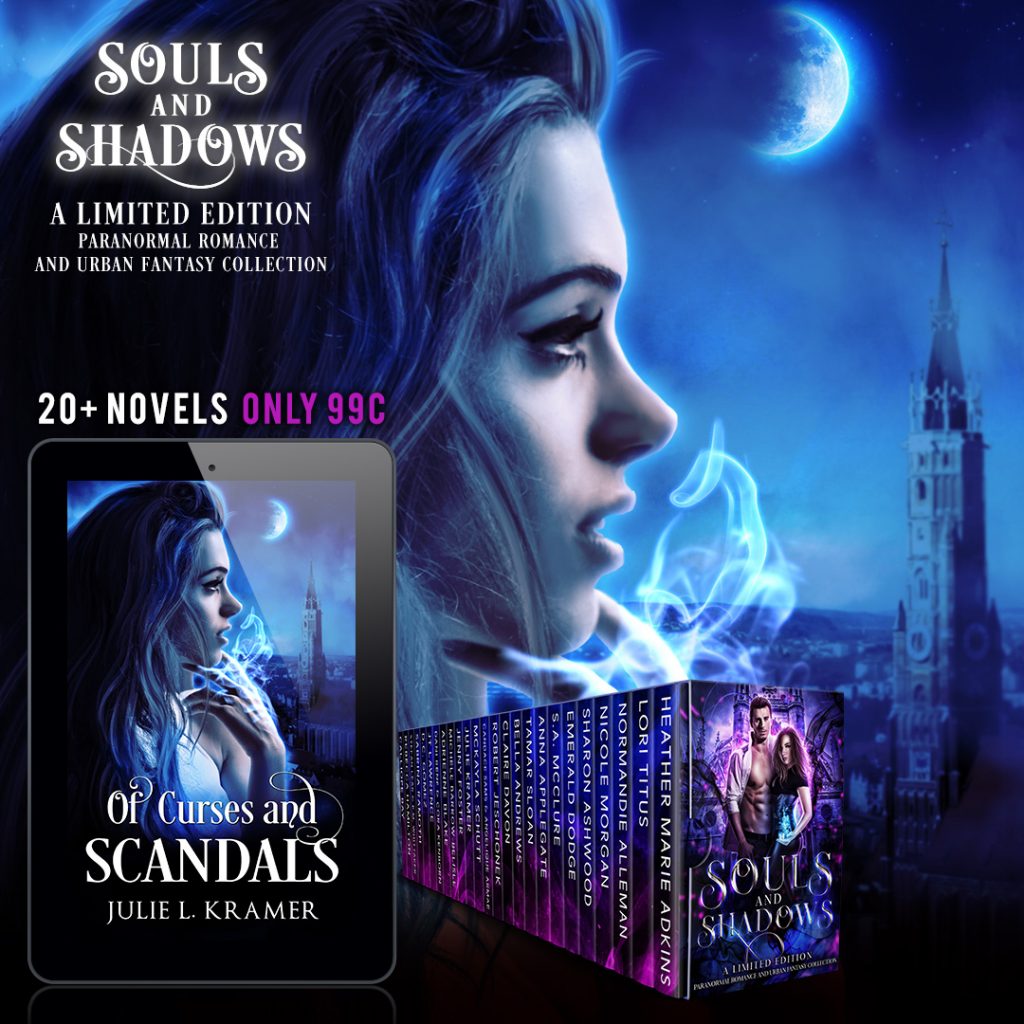 Being a teenage sorceress is hard, especially when you work with the police.

“This is a Hunger.” He showed us a tiny mechanical snake, no bigger than my index finger and carved with runes.
My magic shook its head, and I pressed my back against the pillar, the ropes straining as I shifted as far away as I could. I didn’t want that thing anywhere near me. Something about it was extremely sinister; the runes whispered of blood, betrayal, and pain.
He continued. “It burrows under your skin and drains your magic, to be stored for later use. If it stays in long enough, your magic won’t regenerate.”

An excerpt from Tamar Sloan’s Child of Crossroads 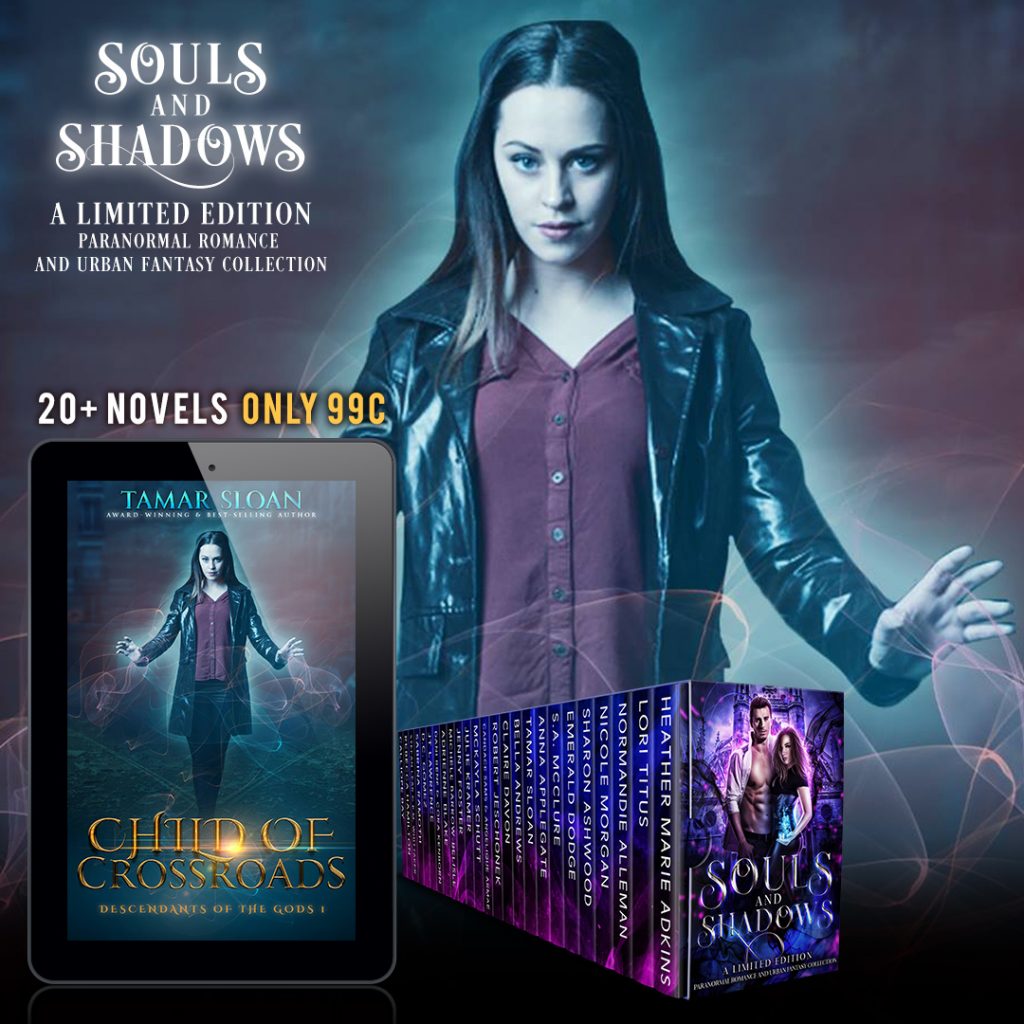 Most demigods live in secret… until they’re the only ones who can save us.

I watch as Caleb disembarks after the souls. He pauses to wave, something in his smile seeming to be just for me. I wriggle my fingers back, wondering what the hell is happening to me.

As the train starts up again and heads back to Central Station, I flop back in my chair like he just took all my bones with him. I’m nothing but a puddle of smiles.

It quickly wears off, like my happiness needs Caleb to sustain it.

Or maybe… it’s what I saw in Melvin.

I shudder, wrapping my arms around myself.

Melvin’s chest was no longer empty after his soul was taken from him. Deep within the space that houses our light and spirit, a wraith had made itself comfortable. It turned his torso into a silently screaming black hole.

I have no doubt that Hades is controlling Melvin.