BLOG SERIES: Inside the Shadows 2 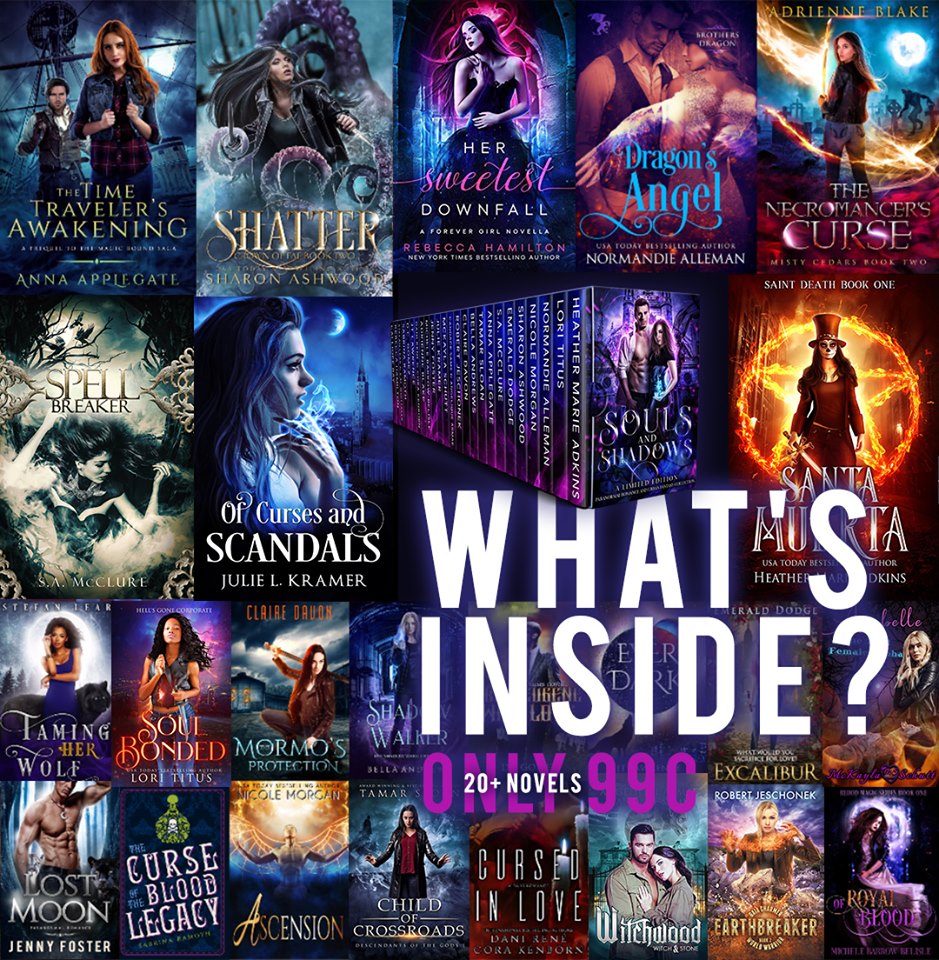 Come discover what lurks within the shadows in this weekly blog series featuring books available exclusively in the Souls and Shadows. NOW AVAILABLE FOR PREORDER. 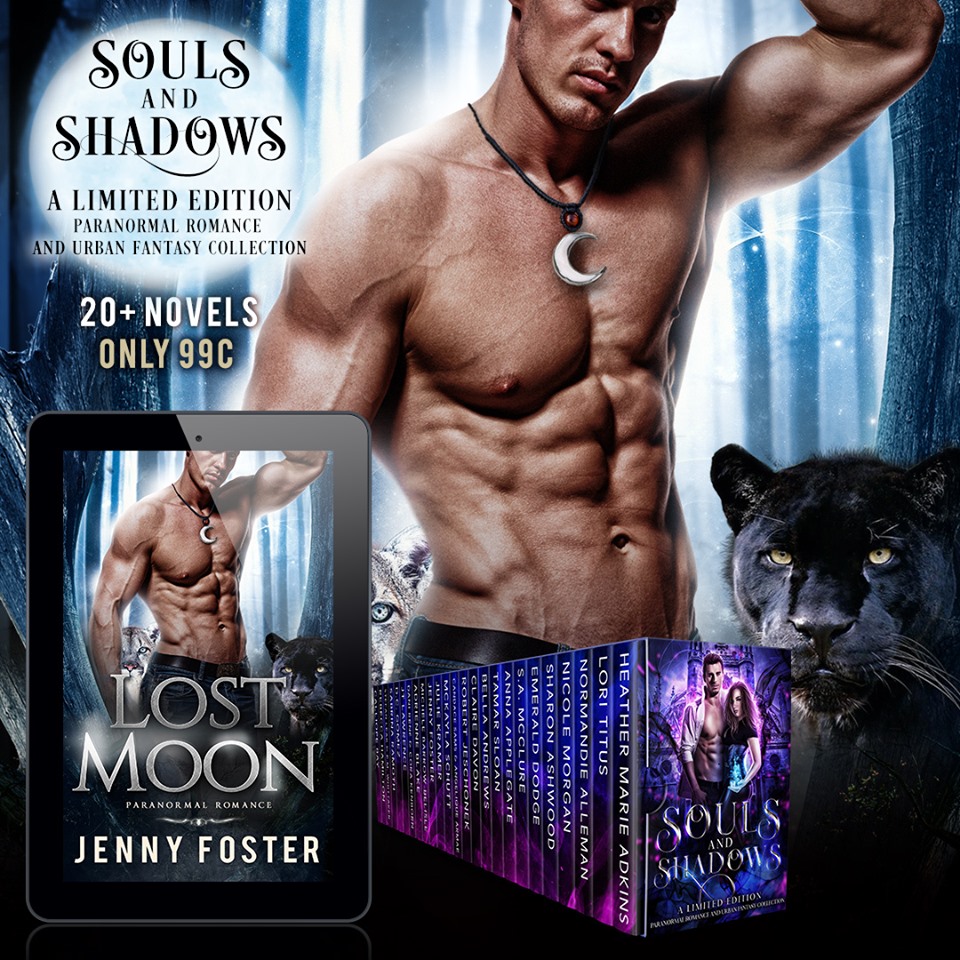 For two years, I have had only one goal. Revenge.

The wounded man raised his hand and pressed one finger to his lips. Be still.

Hailey didn’t even dare to breathe, let alone nod. Run, her inner voice yelled, and as if he had read her thoughts, he shook his head. Then he opened his eyes.

This could not be. This had to be another nightmare.

From his undoubtedly human face, the eyes of a big cat stared at her. Vertical pupils, as black as night, were set off against a bright, almost sparkling green. The hairs on the back of her neck rose, as if to confirm the unmistakable presence of a predator. Hailey began to shake uncontrollably.

That was when he blinked, and all that she believed she had seen was gone.

Human eyes on a human face, desperately trying to tell her something. Then she noticed that his hand was touching her shoulder.

Hailey blinked until her blurry surroundings revealed five bloody fingers, and she could see the unmistakable green in his eyes looking at her behind them.

Five fingers, and then one of them vanished, as he hid it in the palm of his hand.

Four. Are you ready? With his eyes, he glanced toward the left in the direction of the street from where she had come.

Three. Hailey lowered her head by half an inch. His body tensed up.

Two. He closed his eyes and pulled himself up until he was crouching on his knees.

An excerpt from DC Gomez’s From Eugene With Love 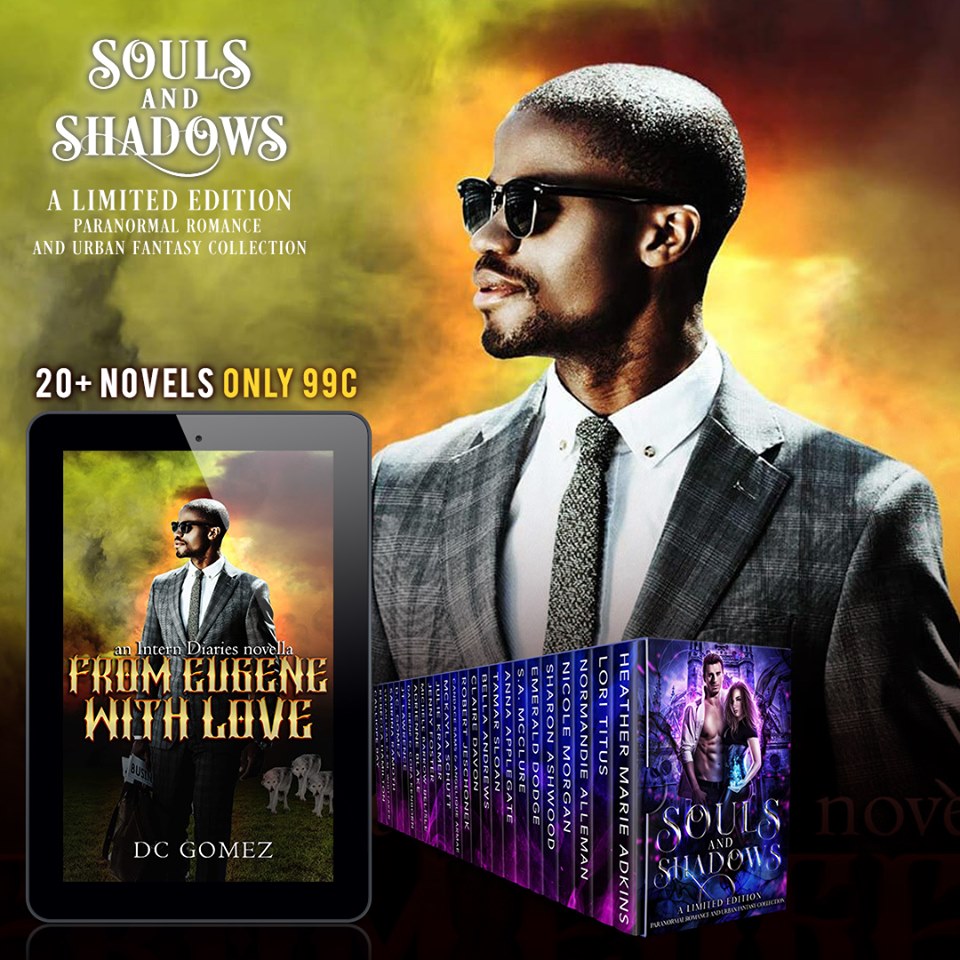 Eugene and his colleagues at Pestilence’s lab have lost another dangerous drug, but this time the stakes are higher than ever.

Eugene just shook his head. Fourth was a brilliant scientist with a background in biogenetics. He was always ahead of his time, but he also liked to sleep and his famous naps lasted hours. Eugene gave up any hope of Fourth helping him catalogue to prepare for the move.

Moving bees was a tricky business. To safely relocate them, the move should be done at night. At least that was one of the theories Eugene had heard from the local bee-keepers in Texarkana. He never imagined he would find a group of bee-keepers in this area.

A screeching noise drew his attention, and he turned around just in time to see a couple of men climb into the hearse and slam the doors. He ran for the car, but rocks flew at him from the gravel as they zoomed away. The exhaust pipe popped from the exertion, and Eugene jumped at the sound.

He couldn’t believe it. The hearse, the drugs, and Fourth were gone.

An excerpt from Cora Kenborn & Dani Rene’s Cursed In Love 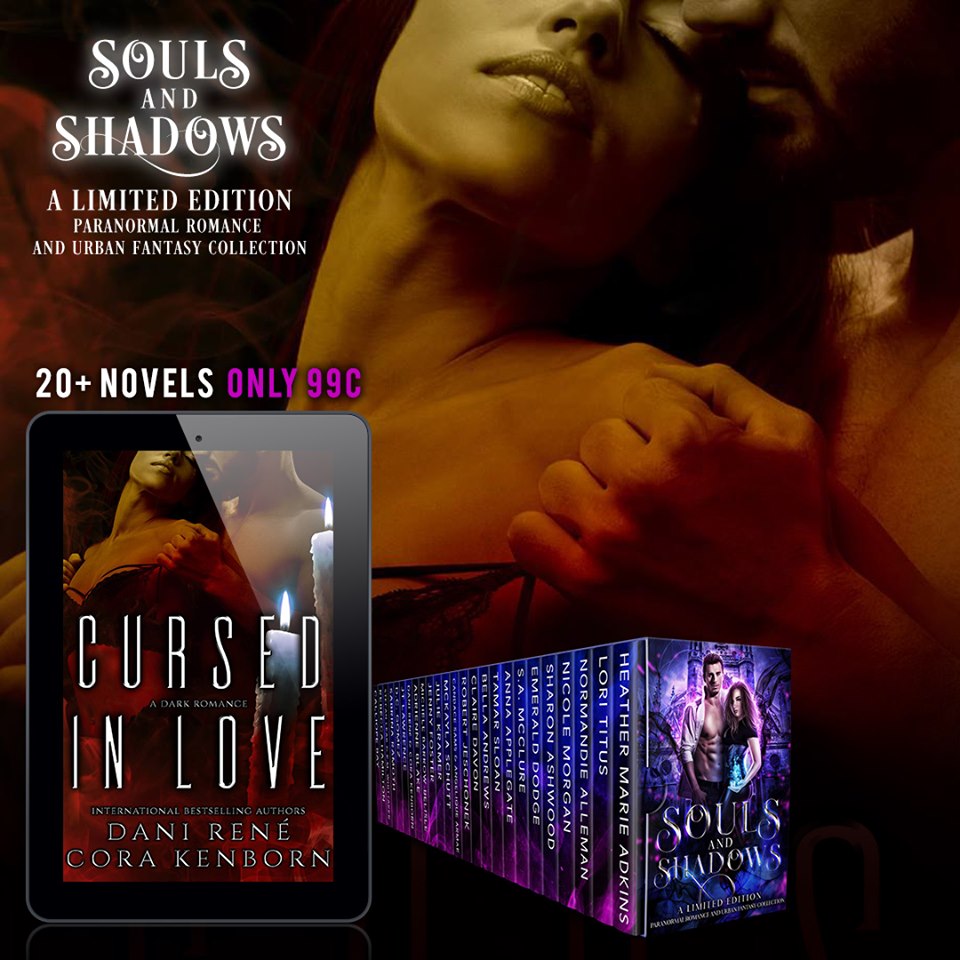 The words whisper behind me, blowing an invisible breeze through my hair and sending a chill up my spine. My heart pounds in my chest so loudly it echoes in the sterile room.

Immediately, I know she’s here. Judy LeClerq has come to show herself to me. Unfortunately, those two words are all I’ll get out of her. They’re all I ever get out of any of them. Two words that lead to nowhere.

This is what I tried to tell Odyn. This isn’t a gift. Even if I wanted to speak to them, they don’t tell me anything I can use to help them. It’s like a disjointed dance where two different songs are playing and none of the steps are on the beat.

Still, I know she won’t rest until I face her, so taking a deep breath, I turn around and face what’s become my cross to bear.

The shaking starts at my knees and works its way up every inch of my body until it reaches my lips. I stumble backward, clanging into pans and hoses until I have nowhere left to run.

Until I’m literally backed into a corner.

Until I’m face to face with Judy LeClerq.

Not her spirit, but the woman who had just been lying on the exam table with a sheet over her face.